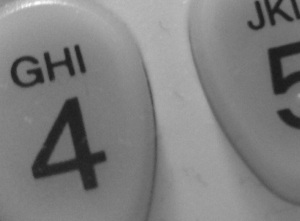 The night before I travelled home,  you asked me if I’d confirmed the taxi to pick me up and take me to the airport in the morning.

You watched as I dialled the cab company. The call was very confusing to me. They were too quick to say that it was all booked, so I asked them if they were sure they had the correct address, and they read it back to me, but they got the name of the hotel wrong, and when I pulled the woman up on it, she said it used to be known by a different name and the old name was the one in their records, but they all knew which place it was. Don’t worry about it, she said; an address is an address, right? But I was worried – it’s a huge city – and I was left with the impression that the cab might come in the morning, or it might not.

‘You should’ve got the hotel to book it,’ you said.

I didn’t sleep at all that night, while you slumbered deeply and cruelly beside me. Numerous anxieties crept into my mind. I became concerned that I might never see your naked body again, so I got out of bed, stood over you, and took three photographs. I didn’t want to get back into the bed. I went to the window and stood and watched the diner opposite the hotel. The waitress had three customers, three men, and they were all attended to, and she was leaning on the counter, staring at the door.

4 thoughts on “extract from Trophies, a short story (version 2)”